The Grove is an exciting, conservative, church re-plant in central Tate County, Mississippi! 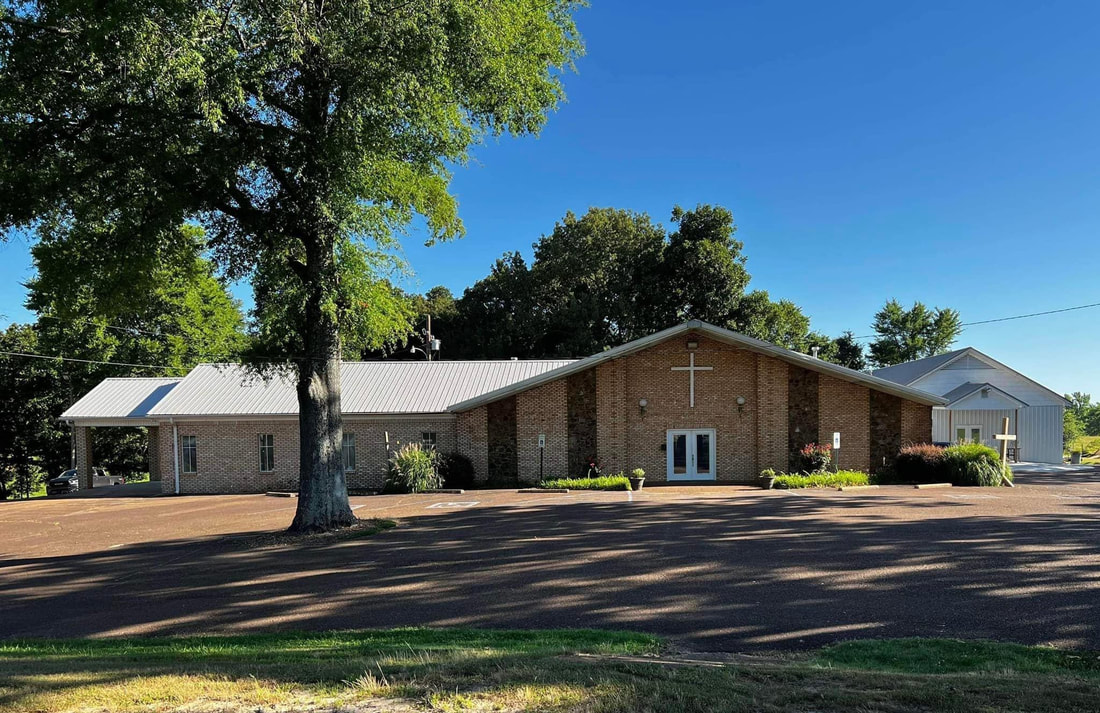 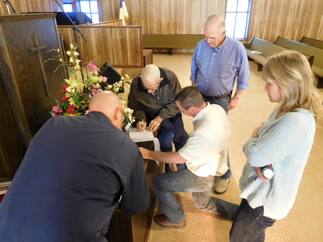 On March 16, 2016, Hickory Grove Baptist Church merged with Wyatte Baptist Church. 12 missionaries that felt the call to go, were sent out from WBC to recast a vision of ministry, re-energize a passion for the community, refurbish the facilities and fan the flames of revival, in hopes to re-constitute "The Grove" as a self-sustaining church in 2018.  However, God had bigger plans. On August 16, 2017, The Grove Baptist Church was re-constituted.

Early records (prior to 1869) indicate that the beginning of Hickory Grove Baptist Church was on John Crawford Sr.'s property, presently 755 Crawford Road now the home of Mr. & Mrs. Bedford Crawford. The building was approximately 30' x 50' with the sanctuary in the center and Sunday School rooms on the side. The balcony was across the east end where the African American's of the community sat until Mr. Crawford gave them land for their own building. The church known as Hickory Grove M. B. Church is still active and is located at 2191 East Tate Road.

The Church at 755 Crawford Road was clapboard siding nailed with square nails, similar to horseshoe nails of today. The floor  joists and sleepers were made of logs held together with round wooden pegs. Hickory Grove Academy was approximately 24' x 48' and is still standing today.

In 1869 a special meeting was called to name the church. Mrs. John R. Crawford, Sr. suggested Hickory Grove Baptist Church, and was accepted by vote. The church was chartered in 1870.

When the war was about over, the school was relocated at what is today known as Poagville and many members wanted to move the Church to the school. On January 20, 1920, J. A. Renfro and wife Nelia; James Powell and wife Effie and her father W. A. Harris; and J.W. and Flora Farmer each donated 1/2 acre of land to the church. On October 17, 1920, services were held in the new building with Bro. B. F. Whitten as Pastor.

Some of the pastors during the next years included Bro. R. A. Cooper, Bro. W. E. Hardy, Bro. J. A. Huffstatler, and Bro. Marvin Huffstatler.

In November, 1951, groundbreaking was held for a new building. The Jones Bowden Company of Memphis donated blocks for the building and Calloway, C.B., Luther and Norman Smith donated their services as bricklayers. The first service was held in this new building on August 5, 1952.

In 1963 the old school teachers' home was leased from the county for a pastor's home. It was then completely renovated and Bro. Emil Reiben and Bro. Stanley Bryant were the next two pastors. Bro. Lester McMullen became pastor in 1972.

In 1980 Hickory Grove had 54 baptisms with 280 resident members and 67 non-resident members. Plans were made for building a new auditorium which was completed and ready for use in June, 1981. The dedication service was held on July 12, 1981.

From January until June, 1982, Jim Craig served as interim pastor. The next two pastors were Dr. James Nalls and Bro. M. Tony Ludlow. Bro. Gary Stafford was called as pastor on December 31, 1989. In September, 1990, Bro. Tim Miller was called as Music/Youth Director.